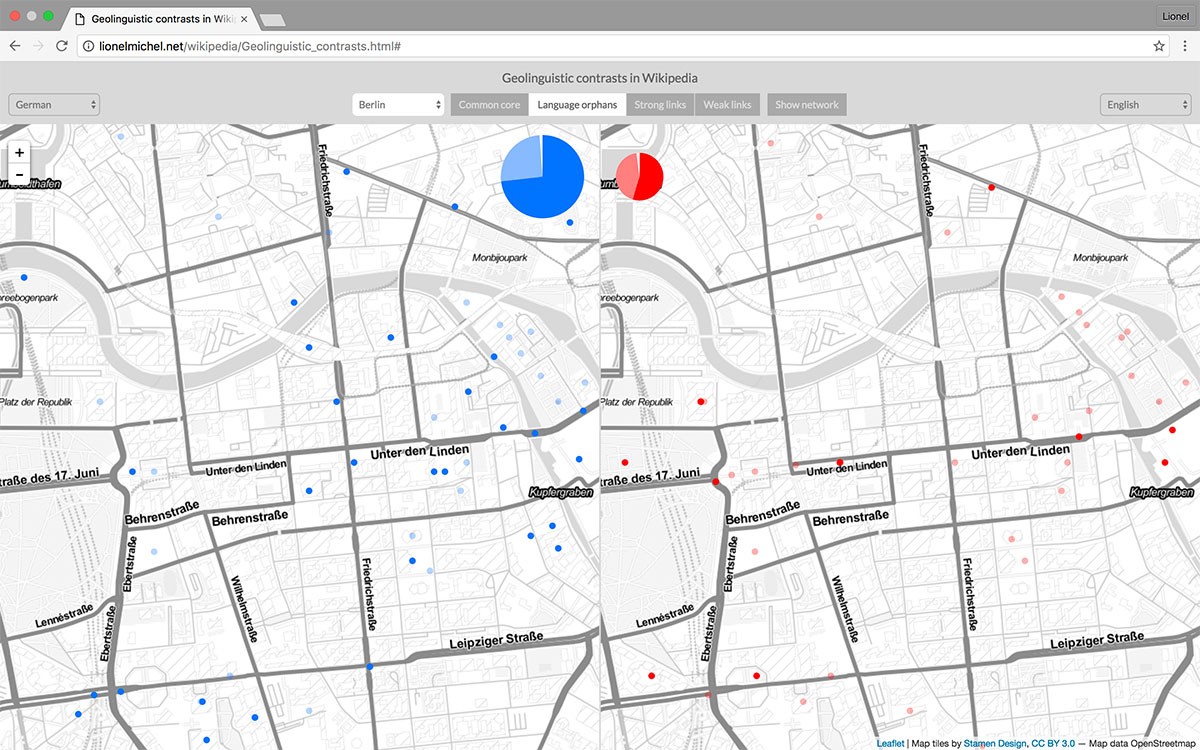 In this project, I intended to explore geographical diversity across the different language versions of one and the same article on Wikipedia. As each Wikipedia article can't be considered as an independent information object, but rather as an entity networked to further articles, I decided to visualize and compare the geographical footprint of the network associated with the different language versions. The current prototype is based on leaflet.js, data was parsed through the Wikipedia and Wikidata APIs and map tiles are originating from Stamen. It corresponds to a proof of concept.