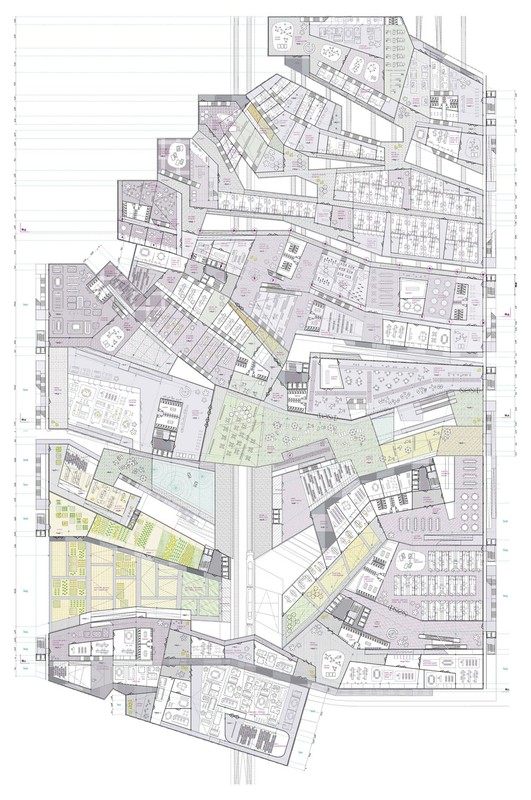 This Final Thesis is the result of two parallel processes: one is a contextual-physical approach and the other is a programmatic-abstract concept. Both merge to create a project that intends to reallocate and reorganise a vast area surrounding the existent Union Station in Downtown Los Angeles. A systematic program is superimposed to the previous reality and it generates a new but inherent project that consists of two main levels: a ground floor for a Transportation Interchange Station beneath a complex rooftop that allocates a Social Centre for reintegrating people in danger of social exclusion. All the project has been designed with a pattern-system based on territorial planning or geology maps which merges floor plans and transversal sections in one same document. The whole complex works like a city itself. All the services are provided by people attending the reintegration program who work controlled by a vigilance system and can only interact with customers in certain areas. This project makes only sense if you understand that Downtown Los Angeles has the highest crime ratio in the city and allocates almost 10.000 homeless every year. On top of that, it also has one of the biggest prison facilities in the world with almost 7.000 inmates. Hollywood has been designed as a set decoration where everything can be televised. This voyeurism is a form of "panoptic" control which can be used as a form of reinsertion into society.