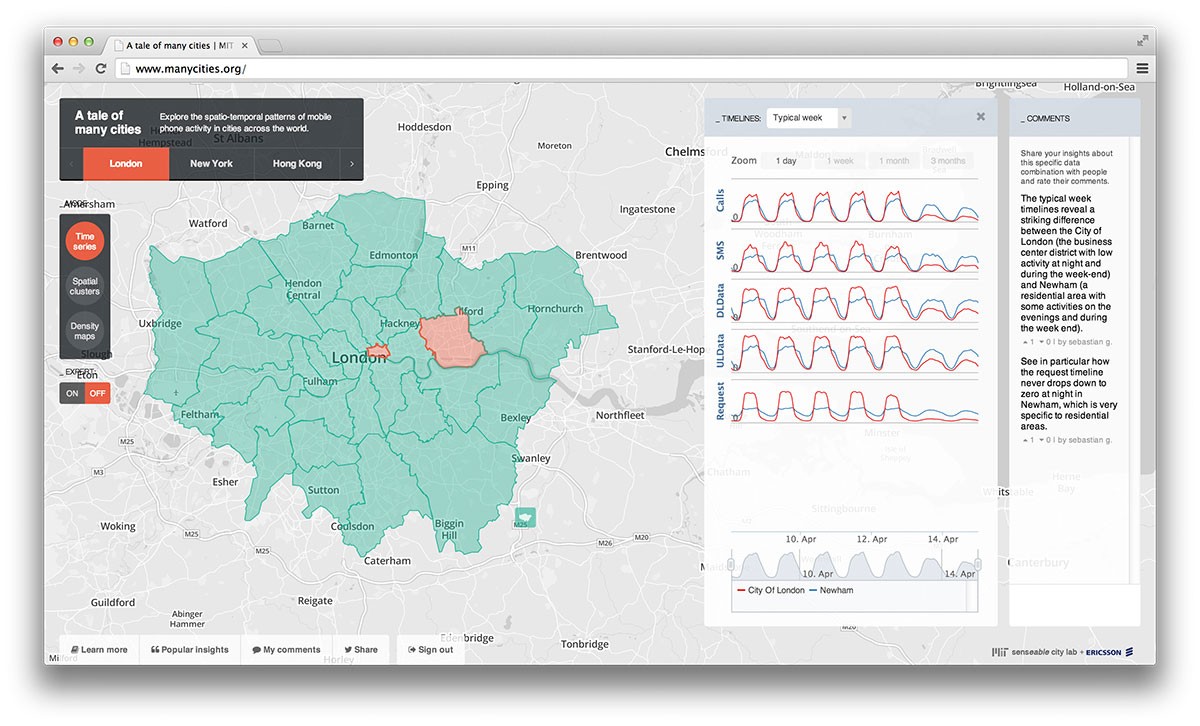 As physical space is increasingly suffused with digital technologies, data from communication networks allow us to better understand human behavior. New meaning can be revealed within these datasets, outlining characteristic usages and dynamic patterns at both the individual and collective scale. In order to explore mobile phone traffic and patterns, the SENSEable City Lab and Ericsson have created ManyCities, an intuitive and robust tool that can be implemented by a wide spectrum of users ? from specialized to general. The application allows mobile operators to easily check the completeness of their records, to detect repeating patterns or special events and to define new development strategies. For a more general audience, the tool?s visualization output can inform collective behaviors and offer the possibility to participate and influence global trends. It allows to investigates questions such as: - Can we find repeating dynamical patterns? - How are these patterns affected by specific events? - Can we differentiate specific spatial areas with their activity patterns? - Which are the similarities and difference between major cities in different parts of the world? The application currently browses mobile phone traffic patterns in London, New York, Hong Kong and Los Angeles during a 10 month period going from April 2013 to January 2014. More specifically, the records consist in network level counter data that includes the numbers of calls, SMS and data requests, as well as the amount of data uploaded and downloaded by subscribers (measured in Bytes). To simplify and streamline the user experience, all data has been aggregated on the administrative areas of the target cities, which are easily identifiable spatial units.