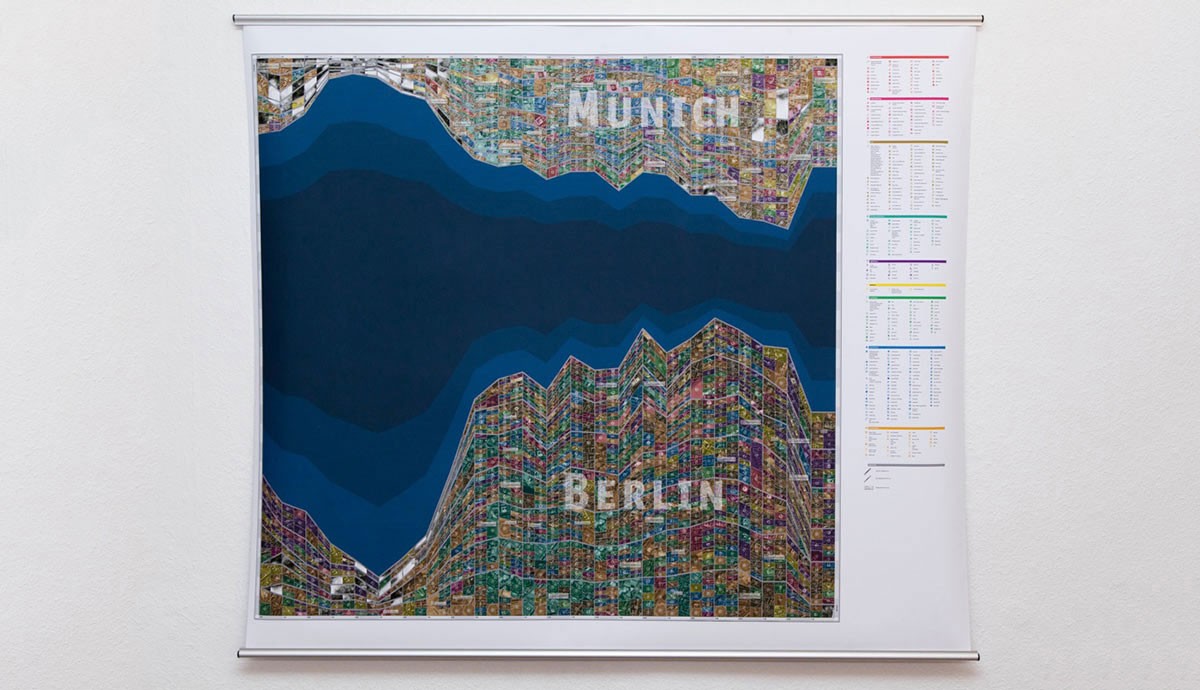 The project »Gegenwärtige Stadtkartographie« (contemporary city maps) was created in 2012 as a result of my bachelor thesis at the University of Applied Sciences in Potsdam. The work is composed of a theoretical part which resulted in a book and the practical part where five posters were created. The posters draw a picture of the city from a social media point of view through non-geographic maps. The maps depict the influence of digital media on our perception of the city. At first sight the posters will remind of classical city maps with streets and houses. But on the second view they decipher into a data-visualization showing tweets and foursquare-checkins. On the posters two comparable cities are next to each other to get the chance of a direct comparison between the different characters of a city. Through the concentration of details within the graphics, the posters invite the viewer to hunt for possible stories within the data. The first part of the accompanying theoretical text looks at the social cityscape and changing perception of places due to diffusion of the physical world and digital data. The second part of the book is an exploration of the collected data which led to the posters.