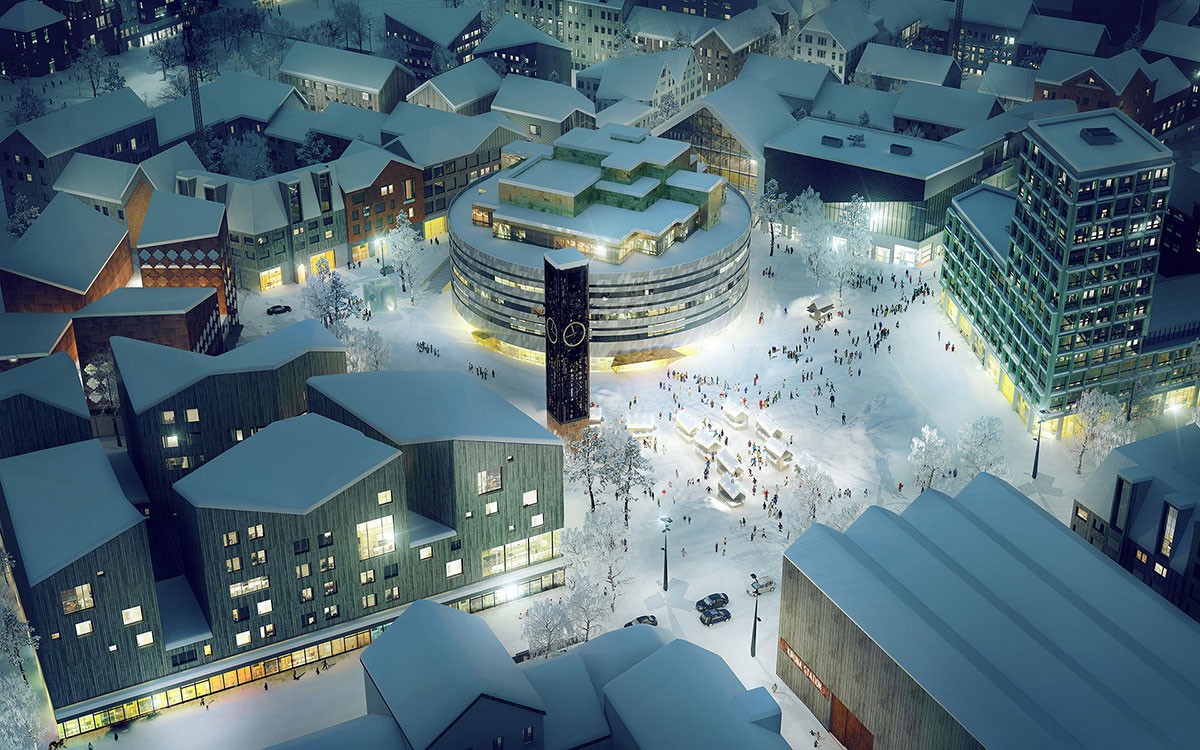 Kiruna Forever - The relocation of a city

Kiruna, Sweden?s most northerly town, is being relocated 3 km east to avoid being swallowed up by the world?s largest iron-ore mine. The town, with its 23,000 inhabitants, has a symbiotic relationship with the mine as its primary economic resource. In 2012, Kiruna municipality invited architects from all over the world to qualify for the architectural competition for the new city center in Kiruna. The winning team, White Arkitekter and Ghilardi+Hellsten, was then commissioned to author a master plan for Kirunas development for the next 20 years. The proposal, titled ?Kiruna 4-ever?, creates a sustainable vision for the long-term expansion of the city. It is an opportunity for the city to reinvent itself by broadening Kiruna?s mix of cultures and diverse population by creating a welcoming and global city within the arctic landscape. The project and process aim for democracy and will be carried out in dialogue with the people of Kiruna. To communicate the new Kiruna visualization and dissemination has been crucial. We have therefore created a 2 min information film (see link nr 3) and graphics explaining the relocation of the city in detail.