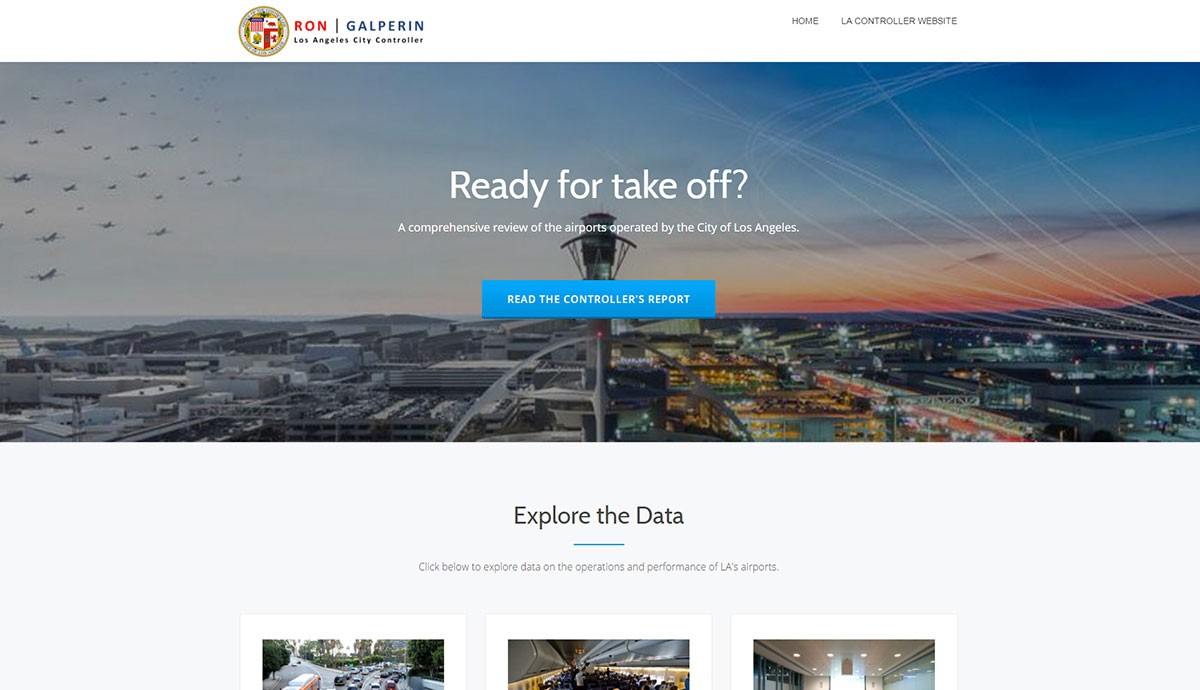 Ready for Take Off: A Better Flight Plan for LAX

The Office of Los Angeles City Controller Ron Galperin launched "Ready for Take Off," a dashboard on the operations and performance of America's 2nd largest airport: LAX. The intuitive and interactive dashboard features vehicle traffic, ratings on guest experience, a breakdown of the airport's economics and purchasing, and a near real-time noise map of every plane arriving and departing from LAX. Along with achieving Government Technology's Outstanding IT Project Award, the Wall Street Journal featured the dashboard and praised it as a first of its kind transparency initiative for a major U.S. Airport.