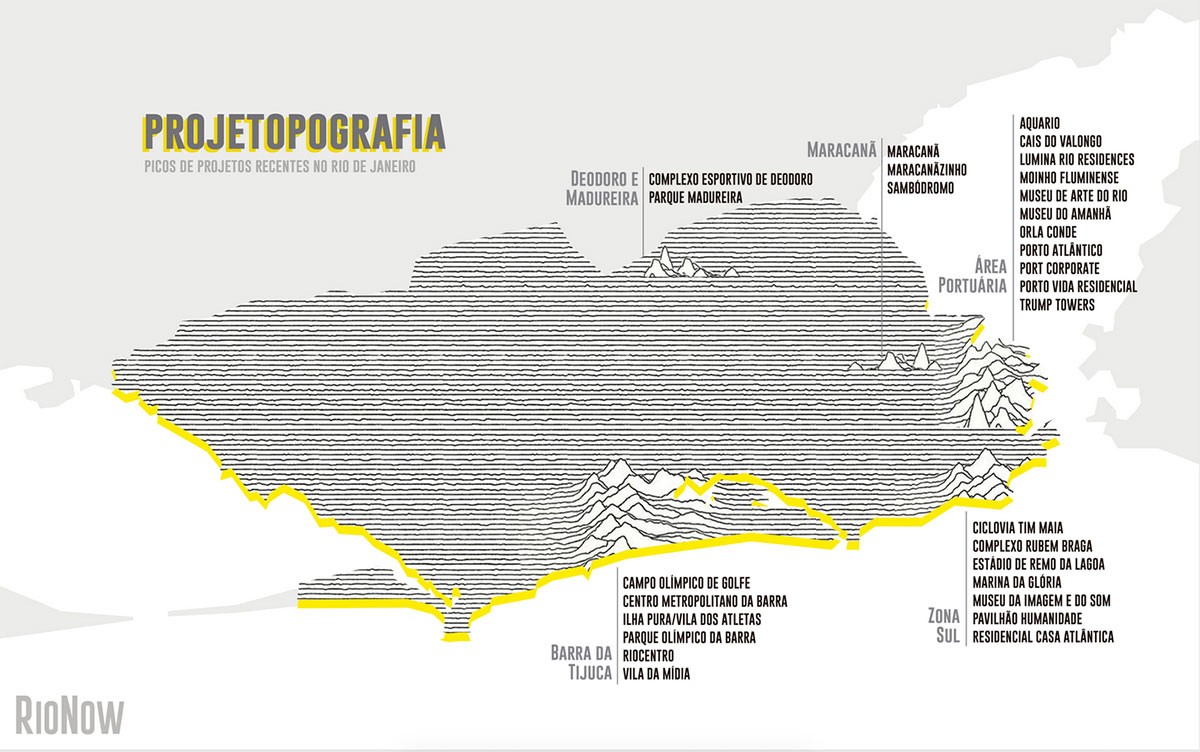 The city of Rio de Janeiro has undergone a series of transformations from 2009 to 2016, since it was chosen as the first South American city to host the Olympic Games. After a long period of economic and cultural stagnation, a sequence of mega-events (including the 2014 FIFA World Cup) led to a boom of projects in this city of 6.3 million inhabitants. In addition to the Olympic installations, there are new museums, hotels, public spaces, real estate ventures, infrastructure projects and a mega restructuring of the port area. However, many promises ? such as the cleanup of Guanabara Bay and the urbanization of 260 favelas ? were ultimately broken. And an astonishing number of 22,000 families faced forced evicitions to make way for Olympic works. This process brought together public and private agents, who invested in different models of partnerships. Once again, the appeal of ?modernization? was used to justify a model of interventions strongly anchored in architecture, at a huge financial, social and environmental cost. But how much innovation was accomplished by these projects, and which ones are worthy of the architecture and urban spaces this city has produced in the past? Which alternatives were presented for the highly predatory model that rules many large cities today? To what extent do these projects and interventions effectively contribute to promote equality? What level of involvement did society have? And what kind of city will become of this, in the end? We invite everyone to seek answers to these questions in the website rionow.org, which represents the results of an extensive research, developed within the Department of Architecture and Urbanism at PUC-Rio/ Pontifical Catholic University of Rio de Janeiro. In order to follow the pace of transformations imposed by the calendar of the Olympics, and be able both to track and unravel this process in its full complexity, we had to find new ways of exploring and visualizing urban data. Our challenge was to a create a tool that allows for a critical and multifaceted reading of the whole process involved in Rio de Janeiro's transformation in the last 7 years. Due to the lack of transparency that involved the whole process, we soon realised the importance of data visualization. The main feature of the research became thus a timeline beginning in October 2009 when Rio won the Olympic bid. More than just document the buildings and infrastructure projects ushered in by the 2014 World Cup and 2016 Olympic Games, the timeline uses multiple sources to showcase the complex transformations happening in both Rio and Brazil. The website, which was launched on the same day of Rio 2016 opening ceremony, also includes a list of 100 projects and works developed in Rio de Janeiro, a map locating main projects and works developed in Rio de Janeiro, critical texts by different authors and exclusive interviews related to urban transformations in Rio de Janeiro, forming a panel of multiple versions of events, from the perspective of different actors/agents. There is also a newspaper designed to be distributed in public spaces in Rio de Janeiro during the Games. We hope this will contribute to turn visible the process of urban transformation of the city of Rio de Janeiro due to mega events culminating with the 2016 Olympic and Paralympic Games. Because the game isn?t over, nor will it end when the torch blows out.