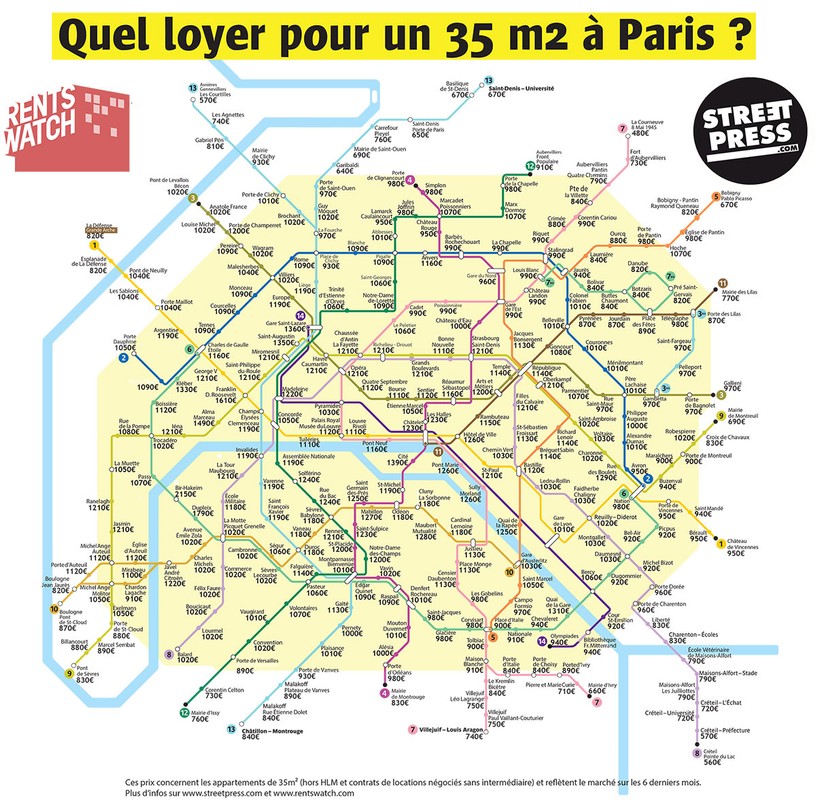 Rentswatch, released by Journalism++ in May 2016, is the largest database on rents in Europe. The database aggregates over 1.7 million rent prices in 22 European countries. The data is collected from flat offers on the open market and from crowdsourcing. Several thousand new data points are added daily to Rentswatch and we already crowdsourced 74 964 rents through a dedicated questionnaire since the launch of our platform. The data is then displayed on a web-based visual interface optimised for mobile. The goal of the platform is to help journalists report on rent prices and give tenants a clearer picture of the housing market. Rentswatch publishes detailed data on rents at the city level in Europe with the same methodology. For each city or neighbourhood, it shows the median price per square meter advertised in classified adverts. Most available data on housing relates to home ownership. The German federal statistics office, for instance, offers detailed data on buying prices, but none on rents. Tenants are more likely to be young and less well-off than homeowners. That they should have access to low-quality information gives even more bargaining power to landlords. By providing more and better information, we want to empower people and sustain the public debate. Rentswatch data have already been used in investigations by European media in Spain, Switzerland, Belgium, France, as well as to highlight the prices of the rent along metro lines in Madrid, Paris and Lille. Thanks to this media coverage and regular updates on social media, we succeeded to gather a community on Facebook and Twitter.